Spooky at the Sprague 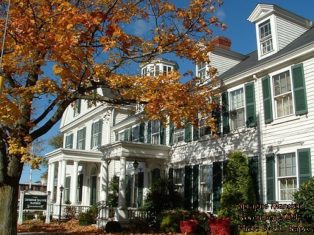 Join Spooky Southcoast‘s Stephanie Burke and Tim Weisberg as they lead an investigation of the haunted Sprague Mansion in Cranston, Rhode Island on July 15…and they’re bringing along a special guest…the one and only Porter from the Tennessee Wraith Chasers! You’ve seen Porter in the Ghostland, Tennessee documentary as well as the Ghost Asylum series (plus a super-top-secret new project we can’t say just yet but we may be able to tell you about July 15!) and now he’s coming to New England to investigate this one-of-a-kind location! 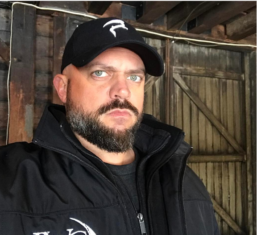 If you’re spending the day with Porter, Steph and Tim at the Ocean State ParaCon, what better way to end the day than by investigating alongside one half of the Spooky Crew? We’re also donating a portion of each ticket sale back to the OSPC for them to include with their donations to this years’ charitable cause, the Rhode Island Coalition Against Domestic Violence.

The Sprague Mansion dates back to 1790, but it was in 1843 that Amasa Sprague was found murdered just steps from his home. The suspected culprit, local pub owner John Gordon, was hanged for the crime, although there is doubt it was actually Gordon who murdered Sprague.

Nevertheless, Amasa Sprague and numerous other spirits have been seen wandering the home’s historic halls. Will you encounter Amasa, John Gordon, or perhaps even Charles the Butler who haunts the mansion as well?

Now under the stewardship of the Cranston Historical Society, it has appeared on “Ghost Hunters” and has been investigated by groups such as RISEUP. Bedding has been ripped from beds, apparitions have been seen walking down the staircase, and people often report being touched by unseen hands.

On July 15, you’ll get the chance to investigate the Sprague Mansion for yourself. This unique event will feature a modern-day approach to paranormal research while also “kicking it old-school,” trying some classic Spiritualist-era techniques and experiments. Stephanie will even be conducting one of her table tipping sessions as part of the investigation–you won’t want to miss what happens!

This event is a little different than the usual Spooky Southcoast event. Tickets for this event are $135 per person and will feature some refreshments served (the Sprague staff has graciously offered to make us their “secret recipe” non-alcoholic punch, along with some pastries). It will take place from 6:30 p.m. until 11:30 p.m.

Get your tickets by clicking the button below: