We are joined by Frank Durant, film maker working on his project Tea with Lizzie . A short film that goes back in time and re-enacts a fictional conversation Lizzie Borden had with a newspaper reporter named William Dwyer. Then we listen to Tim and Taylor Cormier’s interview with comedy legend and host of the Amazing Colossal Podcast Gilbert Gottfried! 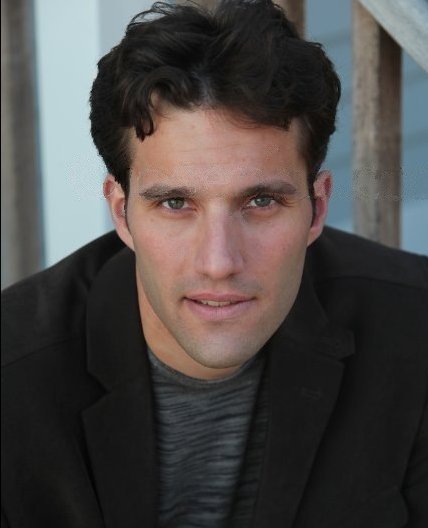 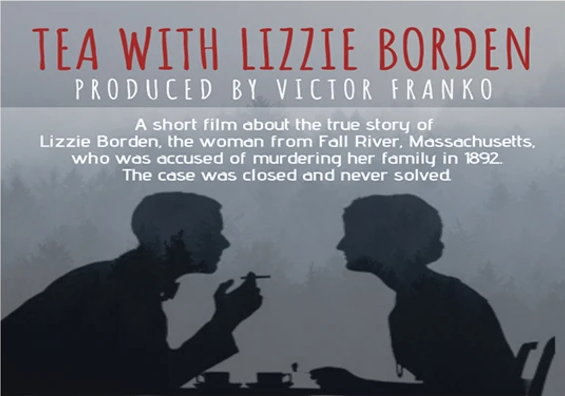 Local filmmaker Frank Durant has a philosophy that works well for him. If it’s related to “film,” he’ll be involved. That attitude has provided him with a range of work from Extra to Screenwriter, to Director, to Producer. But beyond that, Durant has an eye for seeing the potential for film in local stories that most people pass over, and finding a way to bring those stories to life.

Serving as Co-Producer with Rand Alan Sabatini, Durant’s latest completed enterprise is the documentary Tipit, the story of an incident that took place at the high school of his hometown, Attleboro, MA. Occurring before he was a student there in 1997, the story about “the time students almost tipped over the NBC van” was the equivalent of urban mythology around the Attleboro High School halls. It was a “funny story,” brought up among townies when sitting around reminiscing. Durant and his Director, Tristan Rudat, a fellow Attleboro High Grad (’93), decided they would investigate the story behind the legends. It all started with allegations sent in to Meredith Vieira at NBC as a “tip;” that Attleboro High had over 200 drug dealers functioning there. NBC News quickly set up a van on location at the high school, and the student reaction quickly got out of hand. To determine whether the initial allegation was true and if the student uprising against the presence of the NBC van was as emphatic as the stories surrounding it, Durant and Rudat, of course, opted to tell their story with the tool they were most familiar with: documentary filmmaking. The Tipit incident took place in 1979, a time when a lot of attention was being directed at “The War On Drugs.” By parking their van on school grounds, NBC was an early participant in on-the-spot coverage of newsworthy stories.

In interviewing several interesting local characters from the period of the incident, including police, teachers, and students, along with newscaster, Frank Coletta, the documentary serves to let the viewer hear all sides and then come to his or her own conclusion. It also serves to highlight differences between news coverage in the ‘70s, when journalists acting as investigative reporters were undermined in their quest for truth, since ‘truth’ relied on the statement of one informant. The law now requires more than one source when allegations are made.

Tipit isn’t the only venture for Durant at the moment. He’s also working on a documentary on the making of the first interactive board game, CLUE. Durant became interested in the project when he found out that it was the twenty-five year anniversary of the making of the VHS interactive board game and that the game was made in New England. The game was produced and filmed in New England in 1984, casting local actors. It was the brainchild of Isabelle Garret, a member of the Parker Brothers team, though she had little to no experience working with audio-visual material. It became the first interactive board game to reach out to a global market, and therefore lead the way in a genre that today permeates social culture most everywhere.

Throughout his career, Durant has found himself drawn to subject matter that has a combo of local and historical significance, like Tipit and CLUE. It’s the same interest that led him to his first film. While in a R.I. College class for film studies, Durant learned about the rarely mentioned King Phillips war. That, in turn, led to further research on his part in which he discovered a Rhode Island monument to local men, commemorating their efforts in that war. Durant wanted to know who these men were; what were their stories? Ultimately, he wrote an historical novel about their experiences entitled Nine Men’s Misery, but as time passed and his novel still wasn’t sold, he realized the best way to get his story out was to create a documentary about his subject. The film’s completion was twelve years after his initial contact with the material. Impatient is something Durant is not.

Durant has other stories on the back burner. He’s interested in Hitchcock (and was before the release of the new film starring Anthony Hopkins.) He’s interested in Fulton J. Sheen, the catholic bishop who, in the 1950s, preceded all the present-day televangelists, with one of the most successful ratings in television history. Durant clearly has a penchant for the past and for paying homage to either events now lost in time, or to people who attained some significance and were popular figures in their day, yet, are unknown by later generations.

Ultimately, Durant is primarily interested in telling a story. He loves finding great actors and working with great directors. He gives credit to his Rhode Island College Professor, Marc Estrin, for suggesting that it’s a good thing to be the person to get something from point A to point B; to be the person that actually gets something done. That resonated with Durant. The humility he thinks is important in the film industry is evident in his statement that “being the footnote” in a film situation, being that person that carries things along to completion, is a role he enjoys. “Producing is convincing people to become involved. It’s the role of the producer to protect and take care of the talent.” He feels that if actors can turn themselves inside out emotionally for a role, the least he can do is provide them with whatever comforts–quirky or not–that he can supply. “Directing.” he says, “is visionary.” Thus far, he’s got to wear many hats, inserting Production Assistant and Assistant Director intermittently with his own directing and producing stints. As with doing Extra work, it’s all putting him in the film world, allowing him to learn more, experience more. It all helps move his story along.