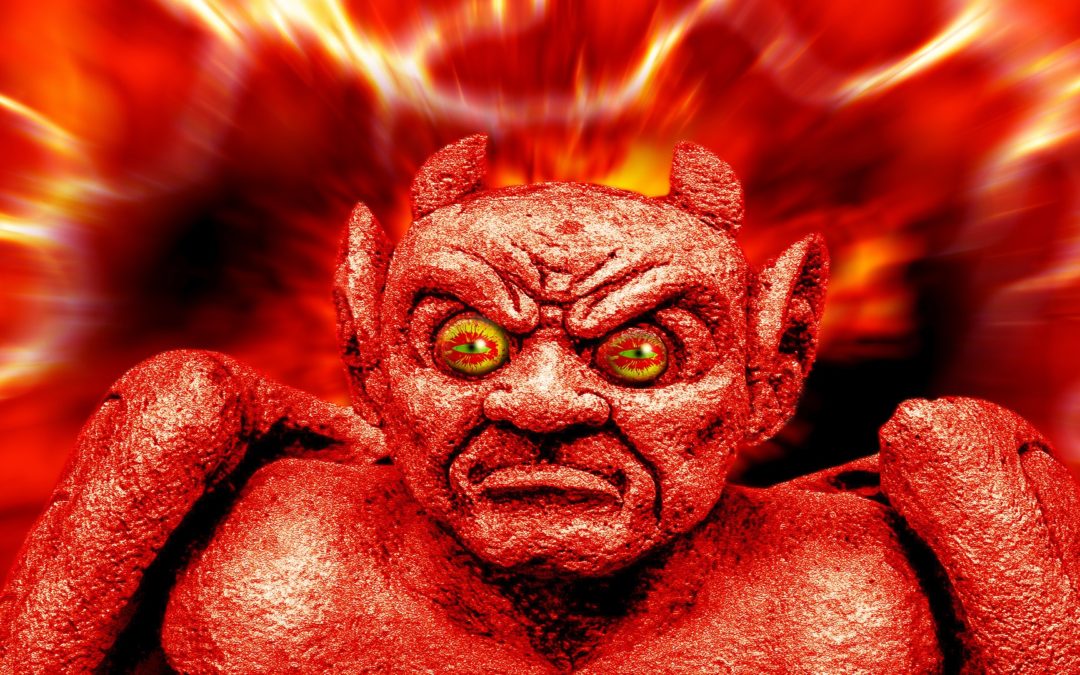 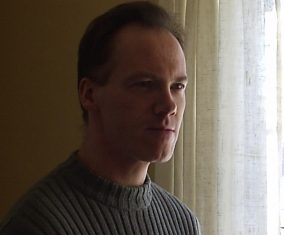 In the world of the paranormal, when the word Satan is thrown around it usually refers to a frightened family, a possessed child, or a house drawn into a darker force than the average ghost or spirit.  It’s the realm of demonologists and fighters of evil.  Even among those who investigate ghosts, demons are beyond the scope of mundane.  They pass the cases along or call experts in to help or even strive to become experts themselves.

There may be, however, another battle being fought against the Devil that does not manifest itself in possession and torture, but in exposure.  The battlefield is not the dark corners of your house, but rather the music coming from your kitchen, the words from the book on your nightstand, and the soft glow of your television tuned to some old movie.  If the shock and awe of famous demonic cases is the front lines, there may be spies in the corn sending mixed signals, using words and images to convince, and entering our thoughts in ways we can’t imagine until what should inspire terror becomes as familiar as the cereal we eat or the tunes we hum along with our kids.

What if familiarity doesn’t breed contempt?  What if instead it fosters a slow, subtle acceptance?

This week, Spooky Southcoast welcomes in author George Case to discuss his book Here’s to My Sweet Satan.  For those who aren’t familiar with backwards messages or the Satanic legacy of Led Zeppelin, the title is a reference to the words people say are hidden in Stairway to Heaven when you play the classic backwards.  It also is a flag buried deep into a generation of music and media which seemed obsessed with Satan and introduced the occult to millions of people who never saw it coming.  Case begins our culture’s odyssey in the mid-Sixties and takes it through to the early Eighties, just at the time when the seeds of the Devil started to flower for the generation who grew up in the shadows of the Baby Boomers.  The book works as a map to what might be the greatest conspiracy of the 20th and 21st century or a spiritual first attack signalling a larger war.

The book itself does not directly confront the underlying causes of our embracing of the Devil but instead offers a picture of how these things came to be in front of us.  Case leaves the question of why and the question of the real who to the reader.  Touching upon every single movement of the occult in that time period, he examines the surface causes and connections as to why the artists began to lean so heavily on Satan and witchcraft and their work and shows how the general public ate up what they were getting.  For example, he follows the connection between Aleister Crowley and the rise of blues driven hard rock and heavy metal through bands like Led Zeppelin, Black Sabbath, and the Beatles.  We had previously touched on some of these connections with guests like R. Gary Patterson and Joe Niezgoda, but the book also delves into the public’s reaction to the music and the symbols they pushed forward.

Here’s to My Sweet Satan shows the correlation between those musical indoctrinations and what we were consuming in theaters and television and what we were seeing on the news.  The world of Sgt. Pepper and Blue Oyster Cult is also the world of the Exorcist and Amityville and Manson and Franken Berry cereal.  A rise in Tolkien gives birth to Stephen King and Scooby Do.  The connections can be overwhelming at times, but Case does an excellent job of laying out each media form in its own chapter, giving background and context for the rise of each before commenting on how the other forms were influenced and influenced the other.

In reading the book, one trend starts to be seen.  Driven by fiction and fantasy, the public almost demands and then dines on reality.  After a fictional work like the Exorcist explodes on the scene, dozens of nonfiction titles follow in its wake.  While this doesn’t seem unusual in any market (50 Shades of Grey allowed writers to explore the real world of bondage and the popularity of Jaws inspired real examination of the world of sharks), the pure volume of the cause and effect he reveals points at something larger and darker working in the world.  It could be our own desire to understand and even live in the darkness or even our absolute terror of it, but the crossing of generational gaps and the mediums and creators of the art point at something bigger.

Is the devil among us?  Are his agents setting the stage for something or even looking to invoke Him in a tangible way?  Is there an organization or power in our society using Satan to distract us.

George Case doesn’t tackle this in the book.  He also does not offer a picture of the world we now live in built on the foundation of those three decades he covers, implying there may be another book in the work covering more modern times.  Signaled in many way by the death of John Lennon, the floodgates seemed to open in the early Eighties to the world of the occult and Satan.  Child abuse cases sprung up across the country with occult undertones.  Domestic terrorists, white supremacists, and inner city gangs began to adopt Satanic and occult imagery, either knowingly or unknowingly.  Evangelists exploded and offered ammunition against the evil creeping into our homes.  Paranormal movies became funny and campy and inspired people who would go on to create the genre of television known as paranormal reality television.

Instead Here’s to My Sweet Satan asks the reader to get lost in that time.  In many ways it’s a reference book to the sheer amount of occult media produced in those years, but there is definitely something more in its pages.

George Case is the author of several books, as well as numerous articles which have appeared in newspapers, magazines, anthologies, and online.  His titles include Silence Descends:  The End of the Information Age, 2000-2500 (1997), Jimmy Page:  Magus, Musician, Man (2007), Arcadia Borealis:  Childhood and Youth In Northern Ontario (2008), Out of Our Heads:  Rock ‘n’ Roll Before the Drugs Wore Off (2010), Led Zeppelin FAQ (2011), Dumbing Down Dissent:  Fads and Fallacies in Political Discourse (2011), Calling Dr. Strangelove:  The Anatomy and Influence of the Kubrick Masterpiece (2014), and Here’s To My Sweet Satan:  How the Occult Haunted Music, Movies and Pop Culture, 1966-1980 (2016).

You can more about Case and his work at: