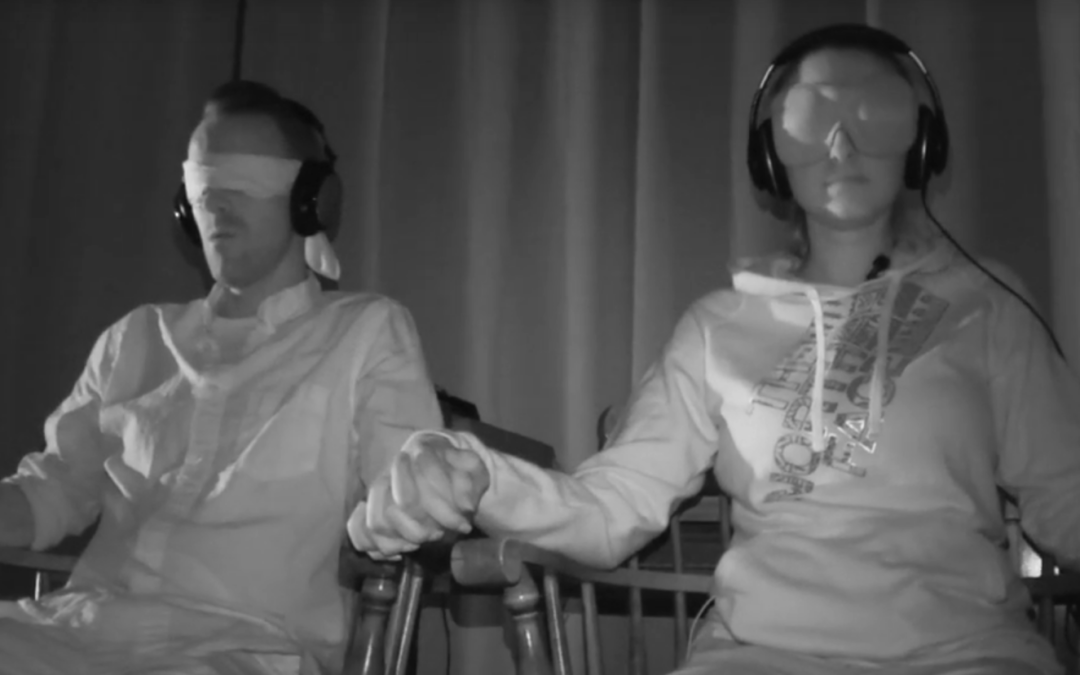 Spirit communication has been attempted for thousands of years; even today, it’s at the very crux of most paranormal investigation.

Personally, I’ve been researching the paranormal for about 13 years now, and I’ve had some very intriguing examples of real-time communication with ghosts. But nothing has ever been like what was captured in this video using the Estes Method combined with EchoVox.

The Estes Method, as it has come to be known, was thought up by the group that regularly investigated the Stanley Hotel in Estes Park, Colorado (hence the name). Connor Randall, Karl Pfeiffer and Michelle Tate conceived it as a “next step” experiment in their ongoing investigation of the hotel, which is notoriously haunted and was the setting for Stanley Kubrick’s filmed version of the Stephen King book The Shining.

Basically, the Estes Method works like this: one person is blindfolded and puts on noise-canceling headphones, connected to a ghost box. This way, they cannot see or hear the questions that are being asked by others in the room. The person who is wearing the headphones is only to recite what they hear coming through the device, not making any judgement calls or trying to piece anything together. The idea is to see if communication can happen without the question influencing what is heard as the response.

As soon as I heard about this experiment, I was all about it. However, I no longer use ghost boxes, because I find just depending on radio waves to answer questions isn’t convincing enough. There is too much opportunity for coincidences that make it seem like responses. Instead, I pretty much exclusively use the EchoVox app for spirit communication. Created by Danny Roberge and his Big Beard Studios, it’s an app that is available for Android and iOS devices that is comprised of multiple banks consisting only of recording bits of human phonetics. There are no full words, and certainly no full sentences, yet that is exactly what I get out of EchoVox almost every time I use it. And in comes in very loud on my Android tablet, which is perfect for the Estes experiment.

The first time I combined EchoVox with the Estes Method was in the Princess Room of the Mount Washington Hotel in New Hampshire. It was not a pleasant experience. I felt like I was somewhere else; a long, dark corridor with doors that kept opening and voices coming out of those doors. Not only did I freak myself out, I freaked out those asking the questions. But in the months since, I’ve used it more and more and have become more comfortable with the feeling of “going under.”

At the Plymouth ParaCon on September 22, we were investigating the Church of the Pilgrimage in Plymouth, Massachusetts. Some of the leaders of the investigation included myself; psychic medium and Spooky Southcoast co-host Stephanie Burke; Ty Gowen, Carol Cleveland and Katie Lee of Haunt Me; and Porter and Doogie of Haunted Live, Haunted Towns and Ghost Asylum.

At Stephanie’s suggestion, we decided to experiment by putting two people under using the Estes Method on the small stage at the front of the room, and then have the audience watch as a few of us other investigators asked questions. Stephanie and Ty both volunteered; personally, I think the bond of friendship between them that sparked almost instantly as soon as they met helped to fuel the amazing results from this session. It’s important to note that even though they were sitting right next to each other, they could not hear the responses each was giving, nor could they hear or see anything else going on in the room (when Dan, the videographer, gets close to them, you can hear how loudly the noise is coming from the EchoVox through the noise-canceling headphones).

What resulted was one of the most amazing examples of spirit communication I have ever experienced—almost an entire hour of multiple instances of direct response, not only between Ty, Stephanie and the questioners, but also at times between Ty and Stephanie themselves.

Give it a watch and see what you think (WARNING: Some language/content may be NSFW): 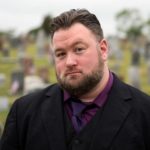