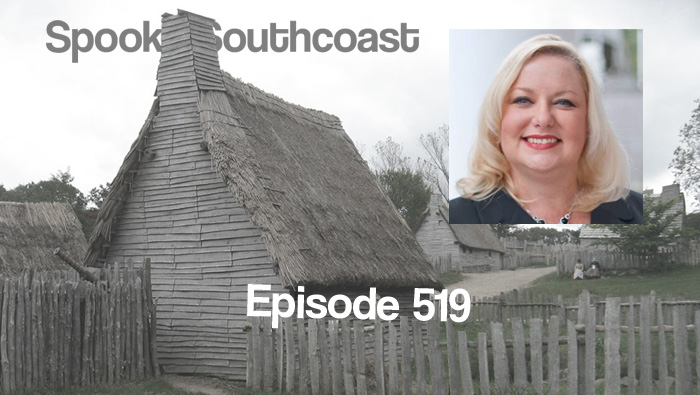 Author Darcy H. Lee (@plymouthghosts) joins the SpookyCrew to discuss her research into ghost stories from the town of Plymouth, MA.

Plymouth is known worldwide as “America’s Hometown,” landing place of the Pilgrims in 1620 and home of the first Thanksgiving. But the real story of the town is a tale of grim beginnings, plague, desperation, massacre, murder and fear. A ghostly Victorian couple is known to wander Burial Hill. A shocking crime on Leyden Street, one of the oldest streets in America, still haunts the area. The crew of the brigantine General Arnold, trapped offshore during an icy eighteenth-century blizzard, are suspected to haunt not one but three locations. Author Darcy H. Lee exposes the haunting acts that lie beneath Plymouth’s cherished history.