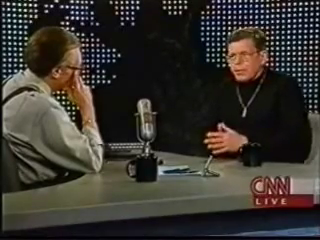 The Kingdom of Nye has lost its monarch.

Art Bell, legendary radio broadcaster and one of the godfathers of today’s paranormal media world, has died on Friday the 13th at the age of 72.

Naturally, when I awoke Saturday morning to word that Art had passed away, I was skeptical. I saw the websites reporting his death, and I started searching into their legitimacy. I watched the video from the Nye County Sheriff’s Office and picked apart its amateurish production and inexplicable reason for existing in the first place.

I questioned whether what we were being told, presumably officially, was actually the truth. After all, that’s what Art taught us to do.

Unfortunately, though, it is true. It’s no secret Art had been battling COPD. Although an autopsy will be conducted, it’s unlikely his death was caused by the CIA, the Illuminati or some other clandestine organization or agency. It was probably just his longtime smoking habit, which probably helped give him his rich, distinctive voice but likely also took him from this plane of existence too soon.

Art started out as an amateur radio broadcaster at the age of 13, something he never lost his love for even as he became a professional one. In the mid-90s, with conspiracy theories and shows like The X-Files all the rage, Art’s overnight show Coast to Coast AM began focusing more on paranormal, esoteric and fringe topics. But it was also very much in the tradition of overnight radio in the decades since television had become the predominant medium, as hosts such as Long John Nebel in New York had used the midnight to 5 a.m. timeslot to push the boundaries of what listeners were willing to discuss and believe, while drawing in large audiences.

Through Art, our minds were expanded by hearing from people such as Father Malachi Martin, Dr. Michio Kaku, Major Ed Dames. We learned that nothing was too ridiculous to believe, and sometimes the truth was even more ridiculous than that.

There was “Bugs,” the man who had shot, killed and buried two Bigfoot creatures in the Texas panhandle. There was John Titor, the time traveler from the future who had to go back to 1975 to retrieve an IBM computer part but had stopped off in the year 2000 and decided to share his story with Art and the audience. And then there was JC Webster…well, just search YouTube for some of their classic on-air battles, because there’s no words to even begin to describe JC.

Most of it was real. Some it probably wasn’t, but either way, it was damn sure entertaining. And Art didn’t stomp on the stories; he let the people share them and allowed the audience to decide for themselves. That’s the same mantra I brought to Spooky Southcoast when we created the show in 2006, with Art and Long John Nebel as some of the main inspirations.

When he launched the Dark Matter Digital Network in 2015, Spooky Southcoast was one of the few programs selected by Art and his right-hand man Keith Rowland that was deemed to be in the spirit of Art’s original vision for Coast to Coast AM. It was one of the greatest honors of my radio career for Art Bell to give my show his stamp of approval.

As I sit here writing this from the haunted Mount Washington Omni Hotel, spending my weekend with a group of ghost researchers, I wonder if Art ever knew the impact he had, beyond radio ratings and ad revenue. I’m here with cast members from Ghost Hunters, Ghost Asylum, Haunted Towns and Haunt ME, and we’re all here, at least in some small part, because of Art Bell. More than anyone else, he made it OK to talk about the weird and the unusual without being ashamed.

I firmly believe that at some point, we will hear Art’s voice once again, although not coming through some ham radio or prerecorded “Somewhere in Time” re-run. Instead, he’ll be coming through a Ghost Box or EchoVox device, perhaps imprinting his voice on an EVP, speaking to us from “high above the high desert.”

And he will finally have all the answers to all the questions he’d ever wanted to know, but he won’t share them with us. Because if it’s one thing “The Master” knew, it was that the important part was getting those answers. It was the journey that we take in seeking them out.